Wage liens are an old remedy to injustices committed against workers who are not paid their wages. Currently NDLON-California and the Wage Lien Coalition are organizing to pass the California Wage Lien Bill. The CA Wage Lien was initially introduced two years ago in the Assembly as AB 2517 (Eng, D-Monterey Park), but did not … Continue reading →

Demonstrations around the world denouncing violence and injustices that women face on a daily basis is the way people celebrate International Women’s Day each year on March 8th. “There is one universal truth, applicable to all countries, cultures and communities: violence against women is never acceptable, never excusable, never tolerable,” is the message of Bank … Continue reading →

I grew up alone on the streets of Choluteca, Honduras. I define myself as a warrior, because I have worked and fought hard to be with my children who have finally arrived from Honduras. I’ve been strong and persevering to withstand this pain that has burned inside me for 7 years.

Year 1984: I started working at only 13 years of age preparing and selling enchiladas, taquitos, and other snacks. Life was hard; there was no work in Honduras and at 16 I was already a single mother. I decided to go to America for my children, my only motivation. I had to leave them with a friend.

“During its decade-long” dirty war “against Suspected guerrilla sympathizers, the Honduran military kidnapped, tortured and killed dozens of people, confident That the Armed Forces’ enduring grip on power meant That They would never be held responsible.”
New York Times. December 21, 1995.

My first job was babysitting. I lived in the master’s house, but I felt like an imprisoned girl. They were good people but I wanted to be independent. The following year I started selling tamales and rice pudding in front of the office of Day Labor Program of San Francisco (DLP) and The Women’s Collective, which was how I became a member of The Collective 5 years ago.

I had tried to return to Honduras to be with my children. As a single parent I felt very lonely and sad. Bringing my 4 children [10, 12, 19 and 20 years old] was too much money. I decided to be positive, and I took out a loan.

Alexandra (12) and Joseph (19) were arrested by immigration in Mexico. Alejandra had no identification; she was a minor. Joseph decided to stay with her. I was desperate and confused. I explained to one of the workers in the program and she sent the right information to the Consulate of Honduras in Mexico. My daughter could have been arrested for who knows how long in jail.

My kids suffered like me crossing the border. With constant hunger and exhaustion, they slept under the trees for three days praying to God to end this. Finally I met again with them in the Christmas season.

“According to a Commission report, of the 90.000 children apprehended by the Border Patrol along the southern border in 2007, roughly 10.000 were unaccompanied minors.”
Latin American News Dispatch. September 2, 2010.

I believed in the American dream, earning enough money to dress nicely and have a big house, but our reality is that we are together and we live in a modest home. This is the real dream that achieved with strength and perseverance. 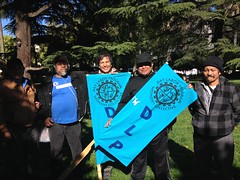 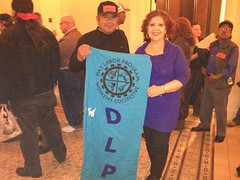 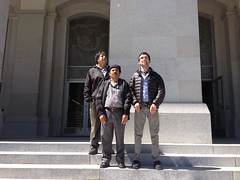 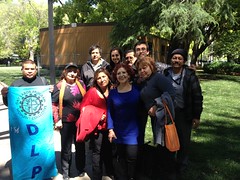 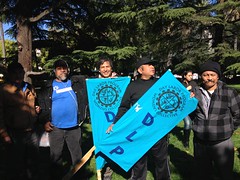